The Aura Mason digital picture frame provides a great product and user experiance. The frame has a very high quality finish and the images are vibrant and clear in any situation. This picture frame really has everything you need to keep your digital memories around any room in your house. Easy to use and setup with the ability to send pre loaded for giving as a gift Aura has really thought of everything in this amazing frame.

The Aura Mason digital picture frame was one of the more recent picture frames that we have reviewed and we can see how far the technology has come in this niche. Aura has continued to be an industry leader by incorporating not only the newest and best technology into itsframes but also ensuring that anyone can use its frames without technical expertise.

The first thing that we noticed when unpacking the frame was that the finish and texture of the frame itself was the highest quality we have seen. The deep graphite color provided a great base for the texture and design of the frame itself. Even before turning the frame on it was looking head and shoulders above all other frames we have seen. This was no longer an LED in a piece of plastic but rather a beautiful frame that housed pictures. The frame was a good weight and felt very solid.

After getting the frame out of the box we started installing the app while plugging in the frame. We used the Android app, but there is also an IOS version, and were very impressed with the quality of program that was created to work with the frame. The app was a quick download and even quicker to use. Opening the app led us right through the process of uploading the pictures, after we set the frame up on our wifi network at home. We easily added new photos and also took advantage of their invite a family member option on our other phone to see how easy it would be to get others to send the photos to our frame. It turned out to be very easy to the point that anyone with basic smartphone knowledge would be able to add their photos once invited. The great design of the app allowed collections to be easily created so photos could be grouped to relevant pictures.

Once the pictures were loaded we got to see the beautiful display that the frame was built with. The LED display boasts 1600 x 1200 resolution and 224 ppi , which in basic terms is a great HD display and at 9 inches was just the right size for any room without compromising the quality of pictures. The colors were vivid and even better than physical photographs. As the photo slide show started we noticed that some photos that were vertical did not look as great if the frame was in the horizontal position. This is not an issue as a real photo wouldn't look great if it was vertical and on its side, but rather provided an example of where we could utilize the instant picture rotation feature on the frame itself. All that needed to be done was to flip the frame to the vertical position and the picture would automatically rotate. This was something that we did note in our testing, as we didn't want to be turning the frame so we chose photos that were all horizontal native images. As this will be the case with all picture frames we did not see this as a con for the Mason frame but rather a limitation of the niche itself.

Another feature that we did find very useful was the ability to interact with the images themselves through physical touch. You can swipe the touch bar with your hand to provide inputs into the photo collections themselves. The great design of the frame also includes a touchpad for both the horizontal and vertical setups so you will always have access to interact with the frame no matter how it is sitting. The touchpad has many features that help the frame work more efficiently , such as tap to like, or swipe for the next photo.

The picture frame itself also has a brightness sensor and automatically increases or decreases the light on the display in relation to what is going on to the light in the room. This gets rid of the annoying requirement to always be adjusting the lights that we encountered with older frames when the lighting in the room changed.

The other great thing that Aura has done outside of the frame itself is allowed people who purchase the frame to invite as many people as they want to add as many photos as they want to the frame via their Aura app, which comes at 0 cost for the lifetime of the frame. It’s a fantastic way, more private way to share photos with family and friends, especially those who don’t use social media or for loved ones that live across the country or overseas. This is also great because its actually very complimentary to their other great feature which is called gifting mode. This mode allows people to contribute images to the frame even before it is brought out of the box. This means you can buy the frame for someone as a gift and setup images for them so when they plug in and set it up at home, and when loaded the frame will have photos already accessible. It makes a great present for any loved ones as it is pretty much completely ready to go with images as soon as they get it all set up. It’s a wonderful surprise.

Overall we would have to say that not only has Aura created a great frame in the Mason design, but have thought through the different issues that most other frames have failed to correct. They have made a high quality product that doesn't just look like a digital picture display , but rather a beautiful frame that houses an incredible display. The ease of use and elegance of this frame earns the Mason frame the top rated position in our review for Best Digital Picture frames.

The Mason frame can be purchased online for $259.99 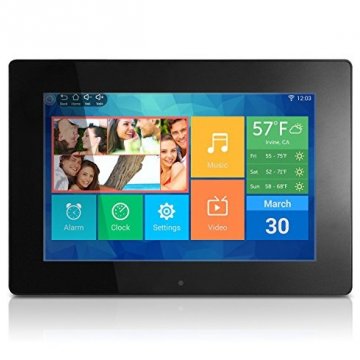 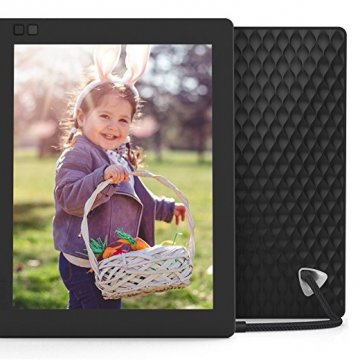 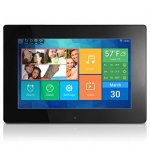 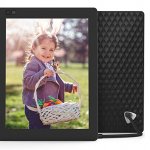 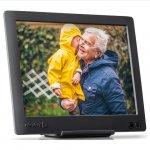 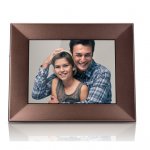 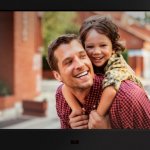 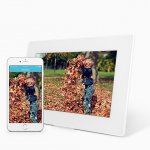 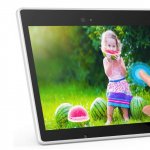 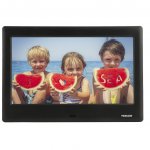