MAGIX Movie Edit Pro Plus is one of the best video editing software we had the chance to test. Although it has a small learning curve, spending some time on this software will prove to be a wise time-investment. It comes with many professional-level tools and it allows you great flexibility with editing your videos.

MAGIX Movie Edit Pro Plus ranks highly in our review of the best video editing software because it’s a professional video editing product that comes at an affordable price. Since it has a very accessible design, it’s suitable for novice and advanced users alike. It has many different tools and features well-known professionals use to edit their videos, but it also keeps its simplicity for its basic functions.

The timeline of a video editing software has to be one of its most important features since you’ll be starting most of your projects right there. MAGIX Movie Edit Pro Plus is an incredibly flexible program that allows you great versatility even on its timeline. While most other apps only allow you to add a specific type of media to a certain track, MAGIX Movie has 32 tracks you can fill will any media type you want. With almost 100 editing tracks, you’re getting much more space than with many other video editing apps we reviewed.

The app also has a simpler storyboard. This feature comes very useful especially for beginner users since it allows you a clearer overview of your entire project and all its components, no matter its length. If you have any sudden ideas you can always input them here and then take a closer look at them at the timeline and maybe do some last-minute fine-tuning.

One of the reasons MAGIX Movie Edit Pro Plus is an amazing product is that it offers many professional features in a consumer product. A proxy editing mode is one of those extra commodities you’re getting with this app. In case you’re working on a high-resolution video, this feature creates a lower-res copy you can work on, when you’re done, it will export the original files. This is a great time saving tool since it saves you the time your large high resolution video would take to render in the timeline. Like any other respectable video editing software, MAGIX Movie also has a multi-cam function. This tool gives the option of automatically merging video from several different sources into one you can fully edit and adjust. Since the shots were taken by different devices from different angles, this feature allows you a more dynamic approach since you can switch between these angles while you’re editing your video.

MAGIX Movie Edit Pro Plus also comes with some features we mostly found when we looked at strictly professional software. With this app you can do 3D editing, utilize the chroma key, use video stabilizing software etc. If you’d like to use these tools, but you lack the know-how, MAGIX Movie allows you learning opportunities in-app, as well as on their website. This video editing software also allows you to fully edit 360-degree videos. Since not many apps offer this, this is a great addition to an already amazing product. Since people are shifting from laptops to mobile devices more and more, MAGIX Movie Edit Pro Plus developed the Movie Edit Touch app you can download on any Android device. This app serves as an on-the-go full video editor for users that have a more dynamic pace. Since the app is fully synced with the MAGIX Movie Edit Pro Plus, you can transfer the work you did on your phone to your PC at any time.

One thing that we noticed and could be a potential issue for some users is the fact that if you want to use different effects, transitions etc. you’re going to have to manually download them from the MAGIX Movie Edit Pro Plus website. Although this might not be a crucial problem, it is an unnecessary time-waster since it took us more than 60 minutes to download the full effects set.

Aside from many video editing tools, MAGIX Movie Edit Pro Plus also has a variety of equally impressive audio enhancing features. The audio mixing tool lets you customize and adjust your audio to exactly how you want it, but since it’s considered an advanced feature, you might need some time until you can exploit its full potential.

When you’ve completed your project, you’re going to want to share it with the world. MAGIX Movie Edit Pro Plus allows you to do so in eight different video formats, or to optimize it for a specific device platform for smoother playback. You can also share your new creation on all major social media sites, without leaving the app.

Ease of use has to be one of the most important aspects of any new software you’re looking to buy, especially if you’re not the only one in your household who’s going to be using it. Logically, we included ease of use as one of our parameters when we looked at the best video editing software. Although MAGIX Movie Edit Pro Plus is rather simple to use, it does have a small learning curve that can be overcome after you’ve fiddled with the software a bit. If you’re a professional, you’ve probably used similar programs before and you’ll get the hang of MAGIX Movie in a few steps, but if you’re a video editing newbie you might experience a few obstacles before fully mastering the app.

Aside from accessibility, we also tested each program in our review for its output quality. Every product was used to compress a higher resolution file into a smaller one. We then replayed the compressed video on a 4K TV to be able to spot even the tiniest imperfections. Although almost every compression has to leave a small dent in the quality of the video, MAGIX Movie Edit Pro Plus did pretty well by only causing very minimal pixelation. The flaws were so minor that we only spotted them thanks to the trained eye of our experts, in other words, if you’re not looking for any faults in the video, you won’t notice them even on a high-res TV.

The final part of the test was to see how fast the app is in creating new projects. To test each program under the same circumstances, we created an identical 45-second video. Although the average time in our review was just over 45 minutes, MAGIX Movie Edit Pro Plus proved to be very expedient by finishing the project in 37 minutes. The next step was to check how fast the video editing software is finishing and exporting the completed project. In this test, MAGIX Movie was a lot slower than its competition since it took almost 90 second to export our done video - almost half a minute longer than the average time.

MAGIX Movie offers many different sources you can use to learn how to better understand the app, or to resolve any possible issue you might have come across. The site offers many tutorials as well as a detailed help menu that offers a very detailed explanation of each function you’re interested in. To contact a live agent you’ll have to login with your MAGIX login details and submit a ticket. 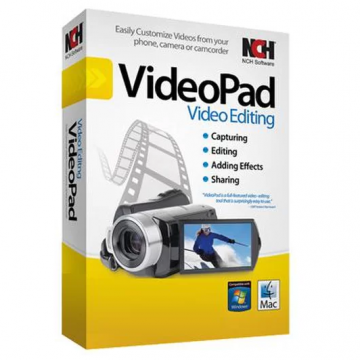 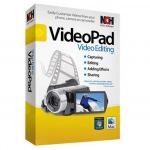