Advanced System Optimizer is a computer optimizing application developed by Systweak. It is a reputable product that is known for its capability to improve the overall performance of the computer. It has a variety of tools and features which can configure your drivers, hard drive, and many more.

Why are computer optimizers necessary?

These applications are vital for a computer to have a better performance. It is particularly advised for those who have a unit that has been used for a long time. This is because it is natural for a user to install and uninstall programs along the way. This results in more scattered software data that may cause slower overall performance. Advanced System Optimizer can be used to solve this.

The application recognizes that there are various factors for a computer to be slower over time. This may include reasons such as software full of bugs, corrupted applications, and untidy registry. The following are the features of Advanced System Optimizer to make the performance of your computer better:

System Cleaner – Advanced System Optimizer can be used to clean your hard drive. As you put on more and more files, you may notice that the performance of your computer decreases. After all, there are still residues of some files even after you uninstall them. This is especially because uninstallers do not completely remove all of the junk which may be left stagnant in your computer. Advanced System Optimizer is capable of cleaning the disk so that you experience less system crashes in your computer. It can also use audit trails. It creates a system restore points whenever clearing data to make sure that previous versions of the computer software are returned in case a crucial file is deleted.

Driver updates – Drivers are what makes important components of your computer such as audio and video work. Without them, they may not play at all or be extremely low in terms of quality. However, upgrading each of these may take too long for the average user. You can use Advanced System Optimizer to do all of the updating. It will determine the specific ones which are out of date and connect to the internet to look for newer versions. This can result in a faster computer and lessen any system crashes that you may be experiencing. It can also improve the quality of your audio or video.

System Security – Advanced System Optimizer has a built-in system protector that can monitor your computer for any type of virus or malware. They can look for any signs of spyware which may be getting data that you make through the computer. This is a crucial part which can prevent malicious software from getting hold of your credit information and sensitive emails. Aside from this, it can also be used to defend yourself from adware, viruses, trojans, and the likes. Being able to delete this from your computer may result in better overall performance as the presence of this software may result in corrupted files or lower PC memory.

Disk Optimizer – Because files are constantly being installed and uninstalled in your computer, it would be good for you to occasionally run disk defragmentation. This is the process of lessening the spaces inside the disk of the computer or the fragments which is caused by repeatedly removing and installing applications. The computer performance will significantly improve after this, although the process will take a lot of time which may discourage some users. This will also make opening a program faster.

To see its efficiency in doing its included features, we tested Advanced System Optimizer for ourselves. To make sure that the performance will be properly graded, a PC benchmarking tool was used. This will be for the comparison of the before and after the installation of the application. The processes included in the test are data processing, graphics processing, word processing, start-up speed, and overall speed.

We used the application’s defragmentation tool and memory junk erasing tool. We also scanned for any signs of malware and viruses. Overall, Advanced System Optimizer was able to improve the performance of the computer by about 3 per cent which is not bad considering that most of the aspects of the computer were affected. Although this may not be noticeable for the average user, there will already be processes and loading bars that will take shorter from because of the application.

It was also able to remove about 5GB of storage. This is a huge amount which can be instead be taken by applications which you be using such as documents and the likes.

One of the most noticeable things about Advanced System Optimizer is that it is loaded with a lot of features. This includes cleaners for junk and registry, file recovery tools, backup manager, and the likes.

The registry defrag tool was especially helpful. With the registry being a sensitive part of the computer. If corrupted, it can cause some of your applications to malfunction. The tool reduces the spaces inside the registry which is the result of installing and uninstalling applications continuously in your computer which is unavoidable.

The common problems fixer tool of the application as helpful for looking for the specific reasons for your PC performance to be slower. It will look for any potential causes. These can then be fixed using the PC Fixer utility tool.

It also has a System advisor which you can use to scan for any opportunities to improve the performance of your PC. The Tuneup tool can be used to adjust the CPU settings. The Driver Updater was also helpful in determining the specific applications that have old drivers. After all, these outdated drivers can be a reason for an overall drop of performance for your computer. This is especially advised for those that are not that informed when it comes to technical matter such as these.

The startup feature of the application showed all of the applications that open alongside the computer. Through this, we were able to discover that most of these were not really necessary and were just causing additional seconds during startup. Most of these also did not notify us about it being open along with the computer and had this set instantly after installation. Using this tool is advised.

The uninstall manager was handy in making sure that every last data about a certain application will be deleted from your computer. This is because most of the uninstallers mostly leave behind residual data such as user-profiles and the likes in case of a reinstallation.

One of the highlights of using Advanced System Optimizer was its interface. Upon opening, you will instantly see all of the features which you can use to improve the performance of your computer. This includes disk fragmentation, Smart PC Care, registry optimizer, windows optimizers, security and privacy, backup and recovery, common problems fixer, regular maintenance, and others. It uses an interface that is comparable to a Windows Vista application.

Advanced System Optimizer is available for the price of $69.95. This can be lessened with $30 though. By going to their website, you can see that they will always have a discount which is stated to be only until the day on which you browsed the website.

They also have a deal that allows you to get access of another application, PhotoStudio v2.1 along with Advanced System Optimizer for only $39.95 which is not a bad price especially if you are also interested in the other application.

They also have an available refund policy that can be availed within 60 days from purchase.

Advanced System Optimizer has the support of some reputable brands including Google Partner, Google Safe Browsing, Norton Security, Intel, TrustPilot, and Amazon which may convince some buyers.

The customer support for Advanced System Optimizer is quite convenient. This is because you can reach them through three various ways. The first one is the FAQs which are available on their website for any question that is most likely common among its users. More than twenty questions are answered on this page which is more than enough for the average user. In case this is not enough for you, they can also be reached through their e-mail. You can also subscribe to their newsletter for any updates about the products they are selling.

They also offer an affiliate program on their website which claims to be capable of making you earn up to 70% commission. 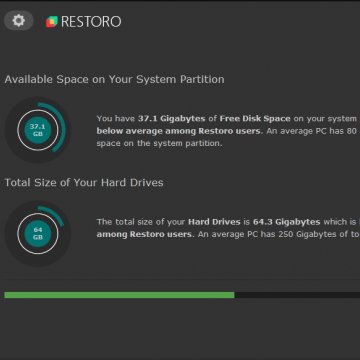 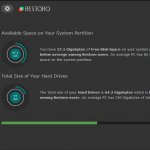