MacKeeper is one of the most popular and yet controversial utility products for Mac users. It is basically a bundle of 17 individual tools that are supposed to improve the overall performance of your Mac. Although it’s had its share of negative reviews over time, it is a useful suite packed with all the features you need in order to have a smoothly running Mac. While some of them are mediocre and can be replaced by free apps that might perform the task better, other features included by MacKeeper are really useful and worth the hype.

MacKeeper is a Mac utility software owned by Kromtech. It was developed in 2009 by Zeobit, but sold to Kromtech in 2013.

MacKeeper has over a dozen tools that are useful for any Mac user. It is a cleaning, security, performance booster and encryption software at the same time.

Although MacKeeper is one of the most popular and best-selling Mac utility software, it is also a very controversial one and has received a lot of criticism. On one hand, Kromtech boasts on MacKeeper being trusted by over 13,280,000 users so far. On the other hand, the Internet is full of bad reviews and articles on how to uninstall or why not to install this software, on the account of it crashing and hindering the performance of Macs.

Some of the features that are missing from the first two cheaper plans are 24/7 expert support, a personal tech advisor and security updates. Also, there is no anti-theft tracking included in the Basic plan.

MacKeeper is a complex and useful software that has many useful features: it comes with an Antivirus component, an anti -theft app, cleaning, data encryption, optimization, recovery and backup tools. It sums up 17 individual utilities that are meant to enhance your Mac’s overall functionality and performance.

The Antivirus protection is based on Avira and it’s not the best or worst we’ve tested.

It doesn’t detect all the malware samples, but it is average in its performance.

On the other hand, MacKeeper comes with real-time safe browsing, which is useful against phishing, ID theft and other online threats.

A very useful app that is part of the MacKeeper suite is Track My Mac. This is one of their most popular one. It is available on App Store and Google Play and works on iOS 8 or later and Android 4.4 or later. On Macs it can be used on OS X 10.6 or later. With the help of this app you can track down your stolen laptop. You just have to log in to your account from any device and when the thief first connects to the Internet through your Mac, the app will generate a location report and e-mail it to you. Not only that, but it will also take a snapshot of the thief.

One of the most common complaints users seem to have with this software, and that we’ve also experienced, is the difficulty with which you can remove the MacKeeper from your Mac. Somehow it seems to get so deep into your OS, that it proves to be a headache to get rid of it. However, if you are not satisfied with the product, you will at least get a refund.

Another annoying thing with MacKeeper is the aggressive online advertising, which gets to a point where you bump into MacKeeper on all the websites you frequently visit.

We were impressed though with the software’s interface. The design is attractive and everything is well organized and user-friendly.

Although it is convenient to have so many utilities in one single software, some of them are average in performance and can be replaced by free apps that do an equally or even better job. It is the case with their fast cleaning tool, which isn’t any better than the free CCleaner and others.

One rumor we found to be groundless is the one that claims MacKeeper is slowing down your Mac’s performance. During our tests, we didn’t have any functionality issues of any kind, after installing this software.

Some other tools included in the MacKeeper suite are the duplicates finder and memory cleaner. Both of them are helpful in freeing up some storage.

The data encryption tool is also a useful one, especially if you lend your Mac a lot. This feature lets you hide individual files and folders and supports the AES-128/AES-256 encryption standards. Additionally, password protection is also included.

Data recovery is another ability of MacKeeper. It supports external media and several file systems such as FAT, NTFS, HFS and HFS+. You can search by various filters (audio, video, docs, pictures).

MacKeeper has 4 prepaid plans to choose from: Basic, Standard, Premium and Premium+.

You can contact the MacKeeper team via their contact form, e-mail or phone. If you sign up for their Premium or Premium+ prepaid plans, you also get 24/7 expert support and a personal tech advisor. Every customer can also use MacKeeper’s integrated live-chat feature and ask any questions they want. An Apple certified support professional will be available on a 24/7 basis to help you.

You can also find some answers browsing through their FAQ section and video tutorials on their website. 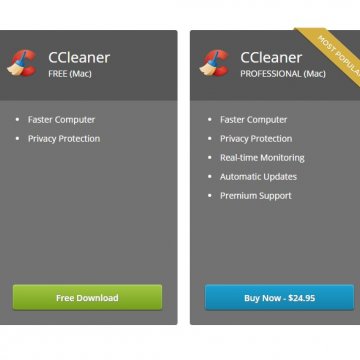 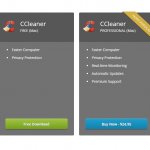 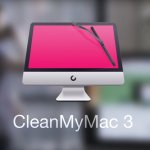