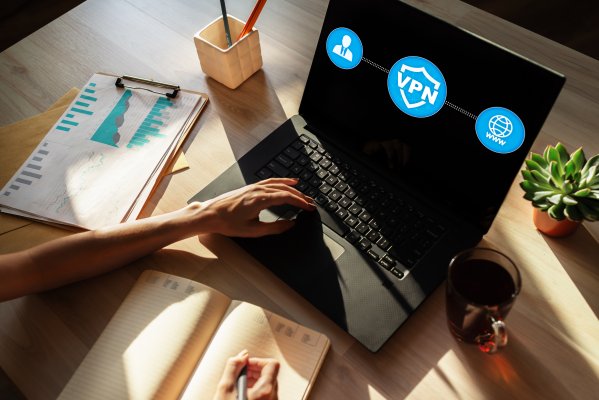 Table of Contents
What is Nord VPN
What is CyberGhost VPN
Cyberghost or NordVPN which is better for you?


What is Nord VPN

Nord VPN was founded in 2012 with a desire to provide to their users with a secure network without internet censorship and surveillance. Today Nord VPN is one of the most recognizable VPN services in the world serving more than 14 million customers worldwide. You heard well. Let’s find out why there so many happy customers in their service, and why this number is growing day after day.

Nord VPN service is secure, anonymous and easily modified software customized for every tech skill level. You don’t have to be an IT expert to install and use their software, it’s that easy. Nord VPN has 5343 servers in 59 countries and you can see the whole list of countries on their official website. For every user and for every plan and the company offers a 30-day money-back guarantee.

Besides the usual VPN features Nord VPN offers many advanced features that will improve your safety while browsing, streaming or just downloading a content. Some of those features are:

Some other VPN services lack of HD streaming content because they can’t cover all their servers. On the contrary, Nord VPN offers high resolution content even if you are connected to a server in another country.

Nord VPN offers a large number of different servers optimized for P2P traffic. This feature is very important if you want to download a torrent because you will get the highest and unsurpassed security. Your ISP and your government won’t be aware of your actions.

At the same time Nord VPN has a strict no-logs policy allowing their users to stream without exposing your data, such as personal information, location and even gathering your data for advertising. This is enabled with ad-blocking feature and botnet control.  If you are looking for information about the Nord Free Trial just take a look at that article for everything you need.

Boosted security feature is improved with a military 256-bit encryption for keeping your data secured.

Even with the best VPN providers, there is a possibility that your VPN connection can fail. It’s really rear, but even in that case Nord VPN has a perfect solution – Kill Switch feature. This feature on VPN is designed to prevent a VPN connection from leaking and exposure. Not all VPN services offer this feature, but it is crucial if you want to keep your data safe.

VPN app is user-friendly allowing you to easy download, install and configure even if you’re using it for the first time. It won’t take you a lot of time and if you’re facing any kind of problem you can always contact their customer support because it is available 24/7. In addition to that, Nord VPN included a installation guide on their official web site where you can also find video for every procedure.

What is CyberGhost VPN

CyberGhost VPN is a reputable company founded in 2011 in Bucharest, Romania. Their motivation is at the highest level because their policy is to protect people while ensuring that their data are protected from leaking with a strong message that they are protect a basic human right.

Currently, CyberGhost operates in 88+ countries with more than 6300 servers worldwide. With this background, stable connection is guaranteed – no more buffering and slow internet connection.

Speaking of that, transferring is easier than ever because every user can select a server based on the content carrier and unblock the website. That’s why it is very popular among Netflix and BBC iPlayer users worldwide.

Data protection is at its highest level with several features:

CyberGhost has a complete privacy guide offering their users personalized protection. With this feature every user can choose their own privacy triggers in the Smart Rules tab and raise to a higher level your own privacy preferences.

With IP protection you identity will be safe and won’t be revealed to any third-parties. This is very important if you want to torrent or access blocked websites. Sometimes when people want to stream through the internet and hide their traces, they usually open a new incognito window. Unfortunately, this feature won’t hide any content from your ISP. It will only hide the traces from your browsing history. With CyberGhost VPN you will stay secure because it won’t keep any of your data or browsing activity.

CyberGhost allows you to simultaneously connect up to seven devices without interrupting the internet speed. It is compatible with Windows, macOS, iOS, Android, and Linux devices.

Customer support is available 24/7 and the company is offering a 45-days money-back guarantee.

Cyberghost or NordVPN which is better for you?

At the first sight, it might seem that there are no or just a few differences between Nord VPN or CyberGhost VPN. We wanted to make sure which one is better, so we ran a couple of tests. Before we jump to conclusions, it important to notice that NordVPN is located in Panama, a country with no mandatory data retention law. Another thing worth mentioning is that NordVPN offers a CyberSec package containing anti-virus protection and ad blocker plus an option for a double VPN allowing their users to use two different servers for better protection.

NordVPN has a faster average connection time than CyberGhost and a better performance at unblocking secure websites.

When it comes to pricing, CyberGhost stands out as a cheaper option, but NordVPN has better features with improved performance, top-notch security and has a leading role in cybersecurity.