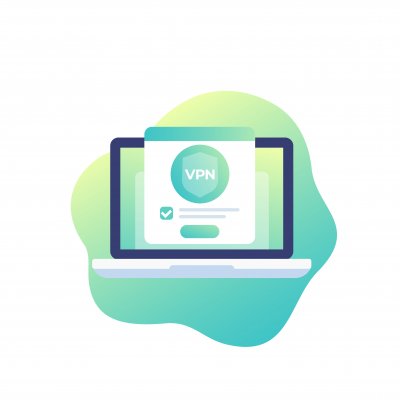 As human beings, it is natural for us to want the best thing whenever possible. Clothes, phones, educations, and even VPN. If we'll use the product, especially something as important as a VPN, might as well get the best one.

But when it comes to VPN, the problem is how do we determine the best VPN? Is it the one with the most features? The one with the highest performance? Or perhaps the one that gives the best value for your money?

In this particular case, there are no right answers. It will all depend on your unique needs and configuration. So I decided to give you a shortlist of the broadest interpretation of "the best of" category I could think of.

Keep in mind that all of the VPNs listed below have all of the essential features of a good VPN, such as the AES 256-bit encryption, OpenVPN, killswitch, based on a country with strong privacy protection law, and other core privacy, security, and protection features.

So the only thing that you should think of is which one of them is the most suitable for your needs.

If you want the best performance stability, reliability, and most importantly, speed, then look no further than Express VPN. With more than a decade of experience in the industry and thousands of servers in 90+ countries around the world, Express VPN offers anonymity and speed unlike any other VPN services out there.

Whether it's for downloading, streaming, or even torrenting, you can expect a smooth, fast, and certainly safe internet experience with ExpressVPN. But all of these premium features also come with a premium price tag, $6.67 per month for their annual plan. While it is still cheaper than your Netflix's subscription fee, it is still the most expensive one on this list.

When it comes to performance, ExpressVPN has a slight edge over NordVPN. But what it lacks in speed, it makes up in every other aspect you can think of. From a wide variety of features, the reliability of its core VPN capabilities, stable connection, above-average speed, affordable price, etc.

NordVPN is the one you should get if what you want is a delicate balance between functionality and price, in other words, the one with the most value. With only $3.79 per month for its annual plan, you'll get everything you can think of from a great VPN. And as a bonus, NordVPN also has one of the best VPN clients in the industry.

Having been established as recently as 2018, Surfshark is the youngest company on this list. To compete with its seniors, Surfshark decided to offer a boatload of features at an affordable price. From multi-hop to GPS spoofing, Surfshark has now become the VPN with one of the most diverse sets of features in the industry.

Apart from its essential features, Surfshark also offers additional features that you could either download for free, such as their Trust DNS (a DNS changer), or you could pay less than a dollar (such as the aforementioned GPS spoofing, Surfshark search, camouflage mode, clean web, etc.) to bundle it with the existing plan.

Cyberghost is a Romanian-based VPN company that offers one of the cheapest plans amongst other VPN companies without sacrificing any of its core features. With as little as $2.25 per month, you could enjoy Cyberghost for three whole years. If three years sounds like a big commitment to you, rest assured because they also regularly offer a discounted price for their other plans.

A CyberGhost subscription fee used to be much higher than that. But ever since they were acquired by Kape Technologies PLC and its massive pool of financial backing in 2017, they now can afford to charge a much lower fee to gain more market share and focused on developing new and existing features.  We do a full CyberGhost review here and we found them to be a great product.

Normally, I'd tell you to stay away from a free VPN because more often than not, they either severely limited your connectivity, or they show tons of ads, or even worse, they sell your data. But I'm delighted to say that Proton VPN won't do any of those terrible things.

Developed by the same team that brought you the world's most secure email client, Proton Mail, Proton VPN offers a truly free and secure internet experience. The only limitation is that you could only use one device and connect through only three servers. Other than that, you get a stable connection, decent speed, and unlimited bandwidth.

Whether you want a VPN with the best performance or you simply want the most budget-friendly option, I believe you could find what you need through this list.

These five VPNs are amongst the highest rated VPN out there so you won't go wrong with any one of them. If you still not sure, then pick NordVPN as it is the most well-balanced VPN on this list.