What does Nord VPN offer to potential users? 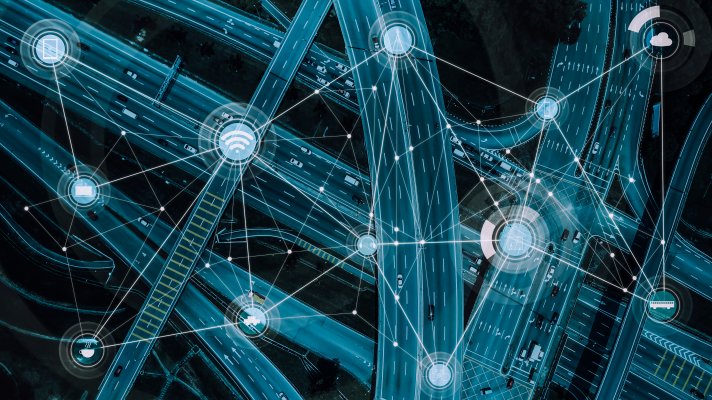 A VPN in its simplest term is a provider that connects your devices such as smartphones or PC, to another computer (server) somewhere on the internet and allows you to browse the internet using that particular server internet connection. If that server is in a different country, for instance, you will appear like you are in that particular country and you can potentially access the country's geo-restricted resources just like anyone would from within.

Many services you use every day are region blocked and once you are out of a particular country you won't be able to access them. Such services tend to block impostors whenever detected. A VPN service encrypts your traffic such that you can change your IP address and access such services without being noticed.

Several companies have emerged with service providers that are said to be offering VPN services. One such provider is Nord which is a product of Tefincom SA, a company based in Panama. However, some of these providers have been proven to be a scam. So does Nord offer a VPN? We tested the provider and here is what we found out.  One of the best things that we love about NordVPN is their free trial , which we write all about in another article!

One characteristic of a VPN is that it has servers located in different regions. These are what you connect to whenever you want to access services in that particular region.

One proof that Nord offers a VPN is the fact that it has numerous servers in different locations. It is packed with more than 5,000 servers in 62 countries. This means that Nord will even offer the best VPN because, given the server country ratio, you are likely to find uncrowded servers to connect to in any of these countries. An uncrowded server means a better speed.

Security is one of the most important aspects of a VPN since every other feature revolves around it. Without cutting edge security, a VPN provider is useless.

In essence, Nord has been equipped with several security features to ensure your activities online are kept anonymous. The data are encrypted with the same encryption grade used by the authorities. 256-bit AES with SHA256 authorization and RSA4096 is the best encryption you will get in the market.

However, Nord provides other encryption protocol options like WireGuard. This is important since some greater encryption comes with a compromised speed. Would you sacrifice security for speed? That will depend on your priorities.

Nord also has built-in leak protection that ensures there are no IPv6, DNS, and WebRTC online leaks. Besides, unlike many providers that offer kill switch features, Nord offers two different types. This includes app-level kill switch and internet kill switch. Internet kill switch blocks all the internet traffic whenever a VPN connection is lost while app-level blocks any app.

Other important security features include Tor that routes your traffic on a server then to Tor when a server connection is lost. Still, there is CyberSec to block domains for the ad, for tracking malware, and obfuscated server to hide VPN traffic as regular HTTPS encryption.

Lastly, Nord runs all servers in disk mode, and as such, no data can ever be stored on a physical hard drive. This adds another layer of security. Not to forget the fact that the company has partnered with a third-party firm to conduct all audits of apps and infrastructure.

All these security features are enough to prove that Nord does not only offer a VPN but the most secure VPN you will come across. The company has really invested in security features because that is the most important aspect of a VPN.

A VPN aims at keeping your activities online private. Some of the activities you engage in are illegal and may land you in trouble. For that reason, when you choose a company as your VPN provider, you entrust it with your data. Any company that offers VPN services should put privacy as a priority. Is Nord trustworthy?

Unlike many VPN companies that claim to have a zero log of your data without any proof, Nord had its privacy policies tested and verified in Zurich by a third party. Their claim to hold no log of users was validated.

In addition, the provider is operated by Tefincom SA, a company based in Panama. Panama, as you may know, is not part of any Surveillance Alliance and thus an excellent privacy jurisdiction. The country has several privacy laws with many protections in place and has no mandatory data retention policy as well.

Another characteristic of a VPN is to offer a secure torrenting and downloading speed. During our test, the provider showed an amazing download speed on BitTorrent. We could stream on Netflix in other locations using NordVPN  with a lot of stability and speed. With our baseline downloading speed set at 160 in the UK, we only experienced a 6% drop in speed with the US servers.

The provider has all its servers optimized for torrenting and supports BitTorrent better than any other VPN provider in the market.

Another quality of a VPN is that it enables you to connect different devices simultaneously. This will depend on what a company has to offer and even if it connects to only one device in a single subscription, that doesn’t disqualify it as a VPN.

However, Nord will enable you to connect to 6 different devices with a single subscription. This is possible without compromising on speed and privacy.

How many times have you subscribed to damn streaming services? If you regularly stream, you have probably found out that streaming services don't offer the same content in all the countries. And even more, other services like Hulu, and BBC iPlayer are only available in very few countries.

Just to let you know the reason, streaming services signed an agreement with Television and movie producers that limit which country certain content can be made available. Thanks to a VPN, you can spoof your location and break into another country's streaming library.

Is Nord capable of this? Yes, it does pretty well in unblocking geo-restricted streaming services in other countries. We could access Netflix and stream without problems in countries like France, Spain, Canada, Australia, India, the US, Germany, Netherlands, and Italy while based in the UK.

It works pretty well with other streaming services too. You can use it with Hulu, Disney+, BBC iPlayer, and Amazon Prime Video among others, and watch the high quality and stable streaming.

The best part, we realized 99% of Nord servers are optimized for streaming. No wonder it streams with a lot of stability in nearly every region.

The Bottom Line: How good is Nords VPN?

Nord has every feature that a VPN should have. As mentioned before, a VPN should secure your data such that your IP address can't monitor your activities online and share it with a third party. Nord offers the best security you will find in the market. In addition, other important features of a VPN like torrenting speed, streaming, simultaneous connection to devices among others are offered perfectly by this provider.