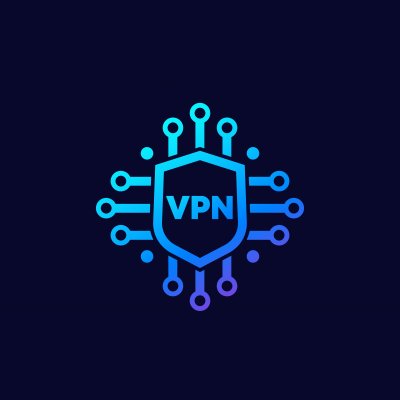 Table of Contents
Introduction
What makes a VPN great
Our number 1 pick for best VPN
Second best VPN for you
Third best VPN
Which VPN should you use?

In 2020, VPN has become a 20+ billion dollars a year business. There are dozens of VPN providers out there and all of them competing for the same market. With so many options to choose from, there must be a way to find the best VPN for you, right?

In this article, we gonna look at some fundamental features that make a VPN great, and then I'm gonna present what I thought to be three of the best VPN providers right now.

What makes a VPN great

If you want a great VPN service then you have to pay for it, there's no way around it. There may be a good free VPN service out there but I guarantee it will have severe limitations in place, like limited speed, bandwidth, available servers, etc.

With that out of the way, these are three of the best VPN providers that would give you the best bang-for-your-buck:

Our number 1 pick for best VPN

Based on British Virgin Island, Express VPN was established in 2009 by Express VPN International Ltd and has been placed among the top as the best VPN by multiple reviewers from reputable magazines and websites, such as CNET and Techradar.   Express VPN has all of the fundamental features that I mentioned above and then some. The most notable advantage it has over other VPN providers is speed and the number of server locations. Express VPN has more than 3000 servers in 160 locations, spread across 94 countries.   Express VPN also consistently performs better than its competitor with its higher speed and stability. It does, however, a bit more expensive than the rest with its best plans being a USD6.67 for a year with a three-month bonus. Given the impressive overall performance, I think that is a reasonable price to pay.

Second best VPN for you

This Panama-based company has been in the VPN business since 2012 and has since become a favorite among VPN users. Its sleek design and above-average performance make it easy to recommend NordVPN to both beginner and veteran VPN users alike.  Just like Express VPN, NordVPN also successfully fulfills all of the basic requirements of a great VPN that I mentioned above. The two additional features that stands out from the rest are its Double VPN feature where you can get an added level of security at the expense of lower speed and its Malware protection.  Another good reason to use NordVPN is its affordable price. With its two-year plan, you got a 68% discount that makes you only need to pay USD3.71 per month. That is very generous. NordVPN acquires the status as one of the best VPN providers by achieving those perfect balance between price and performance.

Cyberghost is a VPN provider based in Bucharest, Romania. It has been in business since 2011 but there has been a sudden influx of users, or ghosties as the company likes to call them, flocking to use their services in the past few years.   In our review of Cyberghost we found a lot of good things about their services which put them in third place, which isn't bad considering how many VPN providers there are in the world now. One of the reasons for this phenomenon is certainly because of their attractive pricing plans. For its 18 months plan, Cyberghost only charged you USD2.75 per month with a 45-day money-back. That is one of the lowest price points in the industry.   But it does come with a cost though. Cyberghost has slightly lower performance than the other two. Mind you, it is still above the industry average and it still has all of the necessary features that I mentioned before but it is clear that Cyberghost is the best choice for entry-level users who tries VPN for the first time.

Which VPN should you use?

For top-level VPN providers like Express VPN, NordVPN, and Cyberghost, all essential features have been impeccably fulfilled. The question of which one is the best for you finally comes to your preference and what you actually need from them.

For first time user, Cyberghost will give you an above-average performance with very impressive pricing plans. For seasoned users, NordVPN offers a great balance between price and performance.

You can't go wrong with any of these three, but for me personally, I go with ExpressVPN. After all, if I have to pay for these services, might as well choose the one with the best overall performance, don't you agree?