TorGuard Review – Is it a good VPN?

As technology and the internet have evolved, so have the means of hacking and stealing people’s personal and financial data. The web is full of online threats lurking at every mouse click. That is why it is not wise to ignore the aspect of security whenever you are surfing the internet.

There are several ways to protect your identity and data when you are online. You should start with the basic measures you can take, such as setting up strong passwords for your accounts, not opening strange suspicious e-mails, only provide the minimum required information about yourself on websites and so on. You should also use a form of protective software such as an Antivirus, to increase the security.

Another useful and popular protection method is to sign up for a VPN (virtual private network) service. Not only can VPNs provide security and anonymity, but they have an entire list of other benefits.

What can a VPN do for you?

The first and most important quality of virtual private network is to keep you safe and anonymous online. VPNs work by encrypting your data and changing your IP address to look like you are connecting to the internet from a different location than in reality. This technology allows us to securely and remotely connect to a private network via a public one, which is great news for people constantly using public WiFi networks, such as those in airports, cafes, malls and so on.

All VPN services have a smaller or larger number of servers spread throughout the entire world, so you can connect from Paris for instance, and look like you’re from Tokyo.

Which brings us to another great use of the VPNs, aside from security when connecting to unsafe networks. VPNs are great tools for users who use torrents a lot, precisely because users can keep their anonymity and not be caught sharing videos, music and so on.

Geographic censorship is a common problem. One of the most relevant examples can be streaming services such as Netflix, which are restricted in so many areas on the globe. A good VPN can unblock restricted content so that you can enjoy your favorite shows no matter where you are in the world.

These are just a few benefits of a VPN, but there are even more.

There are a few important aspects anyone should consider when in the market for a good VPN:

TorGuard – Is it a good VPN?

TorGuard is one of the fastest VPNs on the market and a great choice for people who torrent a lot. In fact, its “Tor” part of the name comes from BitTorrent, as TorGuard works really well with it.

This VPN provider has more than 3000 servers in over 50 countries. TorGuard has servers in the Americas, in Asia, The Middle East, Australia, Europe and New Zeeland.

Pricing and features of TorGuard

Anonymous proxy is their most affordable plan. It is priced at $5.95/month and the proxy includes several useful features: secure browser extensions, secure surfing, SOCKS5/SSH/HTTP/SSL and more.

Anonymous VPN is the next plan in terms of pricing. It costs $9.99/month and includes among others: up to 5 simultaneous connections, support for several protocols (OpenVPN, SSTP, L2TP, IPSec), the TorGuard stealth proxy and more.

The most expensive plan is the Privacy Bundle. It costs $11.54/month and the bundle includes proxy, VPN and email. You also get anonymous VPN access, anonymous PROXY access plus all the features included in the other plans.

TorGuard boasts on having the “fastest VPN protocol on the net”. And to be fair, TorGuard is impressively fast. Tests revealed download speeds of more than 50 Mbps and this VPN sits really well when it comes to latency, especially on domestic servers. When downloading, it only decreased speed performance with approx. 3% and a bit over 5% on uploads (also in domestic tests).

In terms of security, TorGuard uses 256-AES encryption and in some cases, 128-bit Blowfish encryption. As an additional security measure, you also get the kill-switch function.

TorGuard can unblock Netflix and it is great for torrenting, with the latter being one of its biggest strengths.

This VPN allows downloading torrents and even states it is optimized to get the best results for this type of activity and it is among the best for BitTorrent. P2P sharing should be done only on some dedicated servers though. There is also a torrent proxy offered by TorGuard and it works with all the major torrent clients: uTorrent, Vuse, Deluge and of course, BitTorrent.

In conclusion, TorGuard is definitely among the best options on the market when it comes to virtual private networks. It has a large number of servers (over 3000) in more than 50 countries in the world. It has a no-log policy, a free trial, affordable plans, offers 24/7 support, unlimited bandwidth, P2P support and it can unlock Netflix. 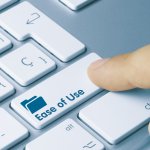