Menu
Search
Best Review Guide / Articles / Software / VPN Services / Here’s Everything About TurboVPN and Why it might , or might not, be for you 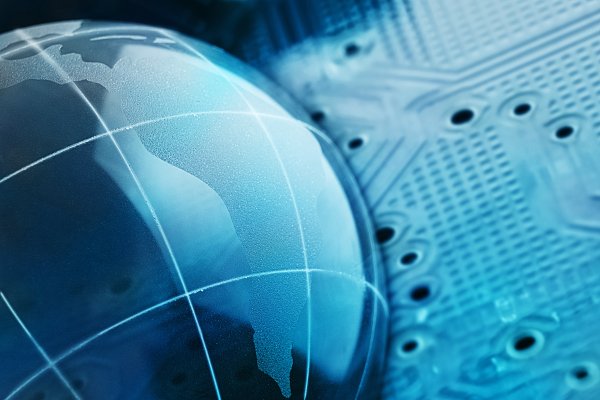 While most existing virtual private network services pass through the impenetrable Great Firewall of China, there’s TurboVPN established on the very heart of the notorious country.  Find out all about TurboVPN in our review

With a stable headquarters in China, INNOVATIVE CONNECTING’s TurboVPN aims to join the roster of competitive VPN services globally. It is currently enjoying the garnered popularity from Android and iOS users mainly because of its generous offer – a seven-day free trial. The app has a user-friendly interface, although most of its users are constantly bombarded with disruptive ads unless you buy a paid subscription.

It’s either TurboVPN is sharing their blessing to many users or just wanted you to be more inclined to their service.  As much as possible, they want new users to feel welcomed by offering a 7-day free trial gaining full control of the VPN’s capabilities. But here’s the catch: You’ll need to take a mental note about the day you started to subscribe, or you’ll be charged after the free trial, and they’re not considerate in terms of refunding.

Currently, there are two paid subscription Turbo is offering. The first one-month plan is available for only $1.22, and a 1-year plan, which bills $3.18 a month. Both paid subscription lets you connect up to five devices to blazing-fast servers enough to watch HD contents.

The following features are based on the Chinese VPN service you can take full control of with a single tap on the precious “Quick Connect” button.

If there’s the standard 1080p when you access a blocked Netflix US because of geo-restrictions, then there’s the AES 256-bit encryption to give savvy hackers a hard time deciphering the code for your precious data. Currently, military-grade encryption is designated for conventional security. Lower than that value gives cyber attackers a better chance of prying open your sensitive data.

Along with the cutting-edge encryption are OpenVPN usage, the most potent known protocol mostly relished by Android users, and IPSec for iOS devices. With that said, it’s safe to say that you’ll be safe browsing anonymously without getting compromised data.

It’s a plus if you have excellent access to free public wifi – you’ll access the internet as you go or stopping by for a moment until a shady man with the intent of exposing your data comes in. Luckily, it’s not your concern since TurboVPN got your back.

Sometimes, the contents you wish to reach are not in your country, which is a slight disappointment until VPN services like Turbo came to light. It’s a good thing this powerful software has been able to surpass advanced detection from streaming platforms like Netflix. Combine this with a reasonably good speed enables you to watch and enjoy high-quality videos.

TurboVPN is located in one of the most unforgiving countries to privacy-conscious people in China. Virtual private network services are outlawed in China unless given a thumbs up by the officials and undergo constant monitoring. On the bright side, TurboVPN respects your privacy by not logging in your private information to keep it away from the Chinese government and cybercriminals.

One premium subscription can connect up to five devices simultaneously and gives you the privilege to enjoy it on Windows, macOS, Android, and iOS. Google Chrome and Amazon Fire TV support will soon join.

While TurboVPN has almost every feature a virtual private network has, there’s nothing special about it. Even worse, some are misleading.

While Turbo uses revolutionary encryption and compelling protocols to meet your security needs, they have a questionable privacy policy.

Another thing to note is the absence of a kill switch, which essentially cuts your VPN connection when it drops to avoid getting an accidental data breach.

File sharing is one of the most demanded feature users want and the reason they subscribe to a specific VPN service. While TurboVPN has the potential to keep cybercriminals at bay with the use of its multilayered protection, they won’t allow torrenting and users who dare have their accounts blocked.

Ironically, the China-based TurboVPN doesn’t work in the land where it originated.

If it’s really a necessity, there are other services you can try like NordVPN and ExpressVPN to penetrate the impenetrable Great Firewall.

Honestly, TurboVPN’s billing plans do not compensate for its features. It’s just lacking, and their privacy policy raises a red flag to every customer concerned with keeping their browsing session private. While it heartwarmingly welcomes you with their one-week free trial, you should also take note of the date you started subscribing – unless you want to be billed. Their paid plan is almost ranged with the well-known NordVPN, which is more strategic and economical to pick.

Repetitive and disruptive ads, server and speed limits, and low content quality are some of the few things you need to expect without a surprise because it’s completely free. You may be not spending any dollar, but the chance of getting your private browsing sold is high because they care about the money, and that’s how they can earn. Not until you buy one of their premium plans, though.

TurboVPN has only limited servers and occasionally gets overloaded, which results in plummeting of connection speed. On the other hand, a server with near-empty users has the best speed, but it’s only for a moment.

Not to be harsh, but accessing their official website gives you a lousy impression, unlike any other VPN service. There is no live chat nor a report ticket, which implies they don’t entertain their client when a dilemma arises. The only way to reach them is through their email or official Facebook account, but most responses are automated.

TurboVPN stands its ground in China where many unlicensed virtual private network services are banned, and those officially accepted are to be monitored continuously. It is entirely free but with speed, server, and quality restrictions until you buy one of their premium plans or enter their generous 7-day free trial.