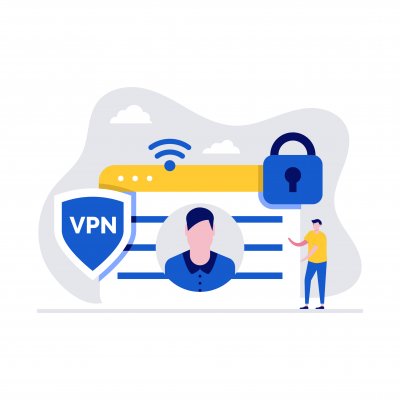 Virtual Private Networks or VPNs are online services which can provide full anonymity for its users. Once activated, the user can mask themselves from online third parties which may want to track their activities online. Users can also be secure against hackers who may want to hack their private information and use it to commit identity theft by putting encrypting the data of the user. Once they get hold of the user’s information, they will not be able to read its content. This makes the VPN an important tool to use whenever online.

The application takes pride in its simplistic interface and its straightforward features. Staying true to its “Zero” name, users can receive full anonymity for free. The application is also designed to be easily used. They also have access to worldwide servers which can give them more flexibility in terms of locations.

The first factor that we looked into was the speed of this VPN. This is because whenever using VPNs, users should expect their internet connection to be slower than usual. This is because the technology requires the information the user uploads online to first be encrypted. It is then sent to the virtual server based on the user’s choice. This server then sends the information to the website which the user is visiting. This whole cycle allows maximum protection for the user while also lessening the amount of speed they receive.

Upon testing, we found out that ZeroVPN was only able to provide internet speeds with average to slow quality. The average ping that we got using different servers from Tokyo, Singapore, and San Francisco was 200ms and more. This amount of connection can be enough for browsing web pages and playing some videos and for streaming music. However, users who plan to use it for gaming may start to suffer from lags because of the high ping. Download speeds can be tolerable but may also be slower than usual. To ensure the best speeds, users may want to try different servers as the number of its users change depending on the time of the day.

Ease of Use with ZeroVPN

ZeroVPN takes the ease of using the application as a priority. It aims to provide “zero” difficulty for its users. This is especially helpful as VPNs are known for being complex for complete amateurs because of the abundance of prior information they must first know before using it.  Aside from this, they may have difficulty whenever choosing the best server to use, using the different features of the application, and even with ensuring that the VPN is being functional.

ZeroVPN stays true to its promise, providing a simple and straightforward interface that is easy to understand upon first usage. Upon installation, the application instantly lets users choose which servers are available, the amount of internet speeds it can give, and the status of the user (whether connected or disconnected). Aside from this, ZeroVPN is fully available for all Android phones which lets users use the VPN connection no matter where they are. This is because the application is available for Wi-Fi, 3G, LTE, and multiple types of mobile phone carriers. This allows maximum security for users especially if they usually use public internet connections which are prone to being hacked.

One of the usual uses for VPNs is for unblocking geo-restrictions for streaming services such as Netflix, Hulu, and Amazon Prime. This is because the contents of these services are not the same worldwide because of different copyright licenses that each TV series or movie has that may not be applicable for all countries. With the use of a VPN, a user can freely change what they show online as their location of access. For example, someone in the USA can show themselves to be coming from Tokyo as to have access to Japanese content.

Unfortunately, the only streaming service that ZeroVPN was able to bypass was Youtube which is not much considering that it can be easily bypassed even by the simplest VPN services. ZeroVPN’s IP addresses are all blocked by Netflix, Hulu, and others which is why we advise you to not use the app if you plan to bypass geo-filters.

On the good side, ZeroVPN offers all of its features for free. This means that users can freely have anonymity for all the websites they visit. The application does not impose a download or upload limit for its users and does not require additional payment.

One thing that most amateur users may overlook with VPNs is that some of them are based in countries that legally require their companies to upload the information they gather from the users to the government’s database. This means that the user will not really get maximum anonymity as their actions may still be tracked by the government. This also means that the VPN they use is still gathering data from them which defy the main purpose of getting one. Users must be fully aware of this before using a VPN.

Unfortunately, ZeroVPN is based in Hong Kong. The country is known to have VPN companies that leak the data they have. This means that these companies do not totally give total anonymity for its users. This is why it is common for users to look for companies which are based in the Virgin Islands which is known to not legally require its companies to share the information they have on its users to be shared to the government. While this may not be a priority for most, users should always take note of this if they want maximum anonymity while online.

Overall, the main factor that separates ZeroVPN from others is its totally free usage. It does not impose any limits on the number of days you can use it and for the total amount of content you can upload and download. For a free service, it also offers a lot of servers which allows more flexibility and more content to be accessed by the user. Its browsing speeds are also average and allow video streaming and web browsing.

ZeroVPN’s standard feature is its totally free service, allowing users to freely download and upload data. The application is very straightforward and easy to use. The application can be used for Android which connects to most types of internet connection (4G, LTE, Wi-FI, etc) which can be helpful if users usually use public hotspots. However, the application falls short in terms of being unable to bypass geo-restrictions of video streaming services, them being based in Hong Kong, and their low average browsing speeds.

However, users who are wary of the location of their developers may want to avoid the VPN if they want total anonymity. While some may argue that it is the price for the application being free, some may still be uncomfortable by this aspect. After all, there are other free VPNs which can offer maximum anonymity.