Menu
Search
Best Review Guide / Articles / Software / VPN Services / What is Zero VPN and is it any good?

What is Zero VPN and is it any good? 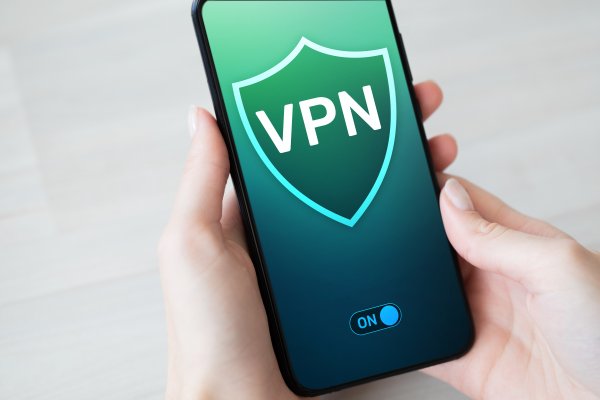 Zero VPN is a free app that promises to keep your anonymity intact while using the internet from your Android device, ensuring security and a way to bypass location-restricted content wherever you may be. The app hides your true IP address by replacing it with one of its servers' IP address, which spans a few continents, opening access to content blocked due to the country where you are connecting from. Made by developers from TNTAPP, which is based in Hong Kong. It has been around since 2017, and showing no signs of slowing down.

VPNs work by setting up a connection between your device with one of its servers in another location, and then using that remote server to request data from the source you are trying to access, thus hiding your device's true IP address, and ultimately relaying the data acquired from the source to your device. Simply put, a virtual private network establishes a point-to-point connection to a server and your device — very much like you are on the same shared local network, only this time you are connected to a server in another location, and to appear to be coming from that location itself.

While other VPN providers require a fee to use their servers, Zero VPN comes at “zero” cost, hence the name, and provides an easy-to-use interface that ensures a user-friendly experience for any user at any level of technology-literacy. It also promises that its free license doesn't expire.

This app also requires no registration to use its services. This makes set up done in a pinch even after the initial download. In line with its “zero” theme, the app allows you to secure a connection to one of its servers with “zero” hassle in just a few taps; select the app you want to access the internet securely and anonymously through the Zero VPN app itself, select a server you want your device to appear to be coming from, select a VPN port, then tap to connect.

Zero VPN boasts a line-up of server locations spanning three continents; North America with the United States, and Canada; Europe with France, the United Kingdom, Netherlands, and Germany; and Asia with Japan, Singapore, and South Korea, with plans to secure more locations in the near future. This enables you to bypass geo-restricted imposed blockages of content from websites, as well as location-specific streaming services. Perhaps you are outside of the UK and would want to access football highlights from the local news source, or you are in India and want to access Spotify, you'd need not to worry as Zero VPN allows you to mask your true IP address with one of its servers one of nine locations.

Despite being a free app, it also promises to deliver its services without bandwidth restrictions or traffic limits. This allows you worry-free secure browsing, or data-heavy streaming services without having to worry about speeds, throttling, or data caps within the app itself. May it be YouTube, Skype, Twitter, Instagram, Facebook, Dailymotion, or Spotify, you would be able to enjoy these services without being throttled, or blocked altogether. Your ISP would still be able to detect network traffic being used by your device, however it wouldn't see what exactly what you are doing with that network traffic.

Its benefits aren't only limited to bypassing location-restricted content. Zero VPN also extends to basic internet security; particularly anonymity and your privacy. This applies to the inherent risk in connecting to a public WiFi hotspot. By establishing a virtual private network, this keeps your device's IP address hidden, as well as encrypting your network traffic, thus keeping your network activity private should anyone connected to the same public hotspot attempt to intercept your network traffic, leaving them in the dark.

Although ZeroVPN has been getting some good reviews online we still have to suggest that users take a look at paid options as well. Although free is always nice there are some times that free comes at a cost; and with VPNs you might be paying a high price for your "free" vpn. This being the case we suggest that you look at our list of top paid vpn reviews here.

Is Advanced System Repair Pro safe to install and use?

What do you get with Restoro PC repair?