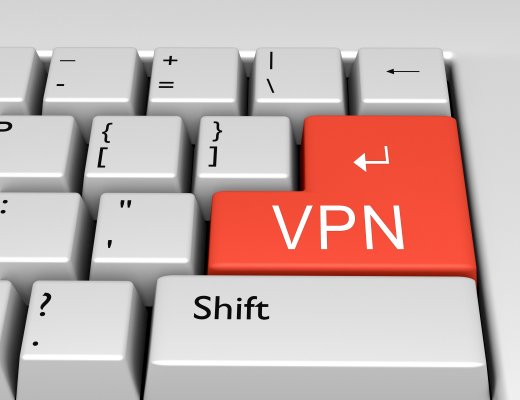 Zero VPN derives its name from the claim that they provide VPN services at 'zero cost' as well as ‘Zero difficulty’ that describe their ease of use. In essence, it is keeping with its ‘zero themes’. The app guarantee zero hassle thanks to its easy to use and straight forward interface.

It is available for download on the developers' website and the Android app store. Besides, it doesn’t require users to register in order to enjoy the services. Once downloaded, you are good to go. You can connect to any of their servers wherever you are and enjoy a safe and secure connection in 9 countries from 3 continents.

Zero VPN was established in 2017. It is made by TNTAPP developers based in Hong Kong. It operates under Chinese rule and has servers in 9 countries namely Canada, France, Netherlands, Germany, Japan, Singapore, S. Korea, UK, and the USA.

What features does Zero VPN have?

Zero VPN can mask your IP address with the address of one of its servers such that you experienced a safe and secure connection. This private network is very useful in launching geo-restricted apps, be it YouTube, Skype, Facebook, Twitter, Pandora, or Shopify knowing that your IP is masked and identity protected. Besides, even though we couldn’t find information on leak prevention, we didn’t detect any DSN, IPv6, or WebRTC leaks. Lastly, the mere fact that no registration is required means you don’t have to enter personal details, and that in itself guarantees anonymity.

That could be all with its safety features and services since this provider lacks a lot of security features. No kill-switch, no multi-hop, no split tunneling and many others can raise an eyebrow. In addition, given that it is based in Hong Kong and it is subjected to Chinese guidelines is another red flag. The country has some internet restrictions and you never know the information the authority might demand from the company.

The company claims to be using OpenVPN protocol and this gives some glimpse of hope. However, I couldn't verify this since the provider has very limited information about their safety on their site. Besides, given that it is subjected to the Chinese laws that don’t permit OpenVPN protocol makes their claim a bit confusing. China has automated OpenVPN detection that blocks the port of any active OpenVPN servers and that makes it hard to imagine how the company survive its operation with OpenVPN.

Speed and Performance features – how fast is Zero VPN?

Zero VPN offers a reasonable amount of servers in 9 countries despite being a free provider. Surprisingly, it showed an amazing download and upload speed in all the countries. However, with the service being free, I don’t want you to rely on my test results. Just download the app, install, and give it a try to see the results.

Usability and Support Feature - How is Zero VPN customer experience?

This provider doesn’t require registration to get you started. Once downloaded and installed, you simply activate it and you are good to go. It has a straight forward interface with a map showing active servers and your location. Downloading a VPN-backed version of Chrome extension, YouTube, Pandora, among others is just by a tap on the button.

However, we realized that due to their straightforward package, they are treating some users' concerns as afterthoughts. You can contact them with your queries but there is no guarantee that you will get feedbacks. Though, this is a common experience with mobile providers that operate in small scales.

You can open Netflix, BBC iPlayer, and another streaming platform over the server within your locality. Zero VPN is a solution for basic unblocking services and cannot unblock a restricted Netflix streaming in another region.

Even when you use it to open Netflix over the server within your locality, Netflix immediately detects and pins the server as being a VPN connection. For this reason, it is never safe for Netflix streaming.

Torrenting feature - Can you Torrent with Zero VPN?

Zero VPN’s speed is very fair for torrenting. Besides, the company assures users that all the data are encrypted over the software (though there is no information on what specific encryption they are using). If the claim is true, plus the fact that I didn’t detect any leak, then mobile torrenting with Zero VPN is safe.

Does Zero VPN have an APK?

The latest version of Zero VPN APK is 4.1. APK lets you install apps or files that aren’t available on Google play store. It is also an essential alternative to Zero VPN in countries with VPN restrictions on Google Play Store. The good news, there are safe sites for Android APK downloads that you can opt for.

In addition, APK contains all the elements that are needed to correctly install apps and files on your device. Even more, some Google updates take weeks to show up on your device and APK lets you skip the wait.

Can you use Zero VPN with Chrome?

Given that the key factors to consider in VPN chrome extension remains privacy, security, and speed, using Zero VPN with Chrome will not be a good idea. Zero VPN is not all that safe, fast, and strong. For that reason, it would be a risk using it for a proxy extension.

Conclusion and final analysis of ZeroVPN

To put it all to bed, Zero VPN is a small provider that doesn’t guarantee much privacy or security, can’t unblock Netflix and other streaming platforms, and offers abysmal customer support and guidelines. For that reason, it is as good as what you can get for a free service, and expecting services like chrome extension would be demanding too much.

For light entertainment and speedy basic browsing without the worry of IP leaks, this is a good option for you. Download, install, activate, and give it a try without giving most of your personal details. Feel free to share with us your experience.