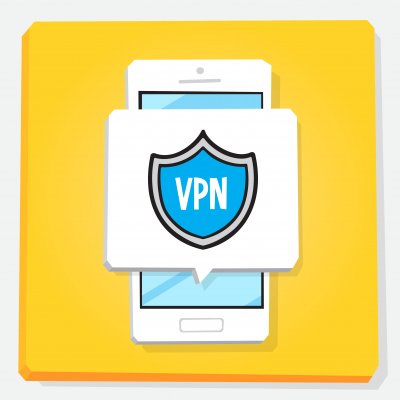 As the demands for a secure and protected internet experience keep on increasing, each year there's a new Virtual Private Network (VPN) company pop up to offers their security-based services. Some of them are good while others are not only bad but also blatantly dangerous.

Every company has its specific target audiences, ranging from a power user to a complete novice when it comes to internet privacy and security. But one of the most common lures for the users is the promise of a free VPN.

There is no such thing as a free lunch. Every company has to cover their expenses and most importantly, make profits. A free VPN company is no different. So how do they make money when they offer their services free-of-charge?

In this article, we gonna look through one such company called ZeroVPN and see whether or not it is okay to use their free VPN services.

ZeroVPN is a hybrid of a browser and a VPN for Android. There used to be a VPN service with the same name, albeit using a different logo, a few years back, whether both of them are correlated or not is unclear, but the current one has enough red flags as it is so let's put the older version aside for now.

The first red flag is the company itself. ZeroVPN is listed under a company called Zero Tech in Google Playstore. This is their first security-based app in the marketplace with the other being various wallpaper apps. A simple Google search reveals that Zero Tech is a Beijing-based company that produced drones and has nothing to do with the VPN app.

The product page on Playstore doesn't mention any website, email, or social media address. Fortunately, buried under their privacy policy, that could be accessed through their app, is the name of their parent company, Amax Software.

Amax Software is a company based in Poland and has been developing apps since 2013. You can find the email address, telephone number, and the address to their headquarters on their official website.

From questionable background to annoying ads, ZeroVPN has proved itself to be a service that is not only mediocre in quality but also suspicious in its activity. So the answer is no, you shouldn't use ZeroVPN.

I'm not saying it didn't work well or it doesn't give you what it has advertised, which is a free VPN experience. On the contrary, you could certainly access banned websites through ZeroVPN with decent speed and a relatively stable connection.

But there are too many red flags here and all of them point in the same direction which is you should not trust your privacy and security to this app. There are much better and safer alternatives out there.

- Opera. If what you want is a browser with a VPN ability, then look no further than Opera. It is a full-fledged browser with a great reputation and available on multiple platforms. It's also free.

- ProtonVPN. If what you want is a free VPN, then ProtonVPN is your best bet. It was developed by researcher and developer from CERN, European Nuclear Research Facility, so you can be sure it is top quality. It's also ad-free.

- NordVPN. If what you looking for is a premium VPN that will give you the best service at an affordable cost, then look no further than the current leader of the industry, NordVPN.  Read our full review of NordVPN here.