The origins of Photoshop and its creator

Table of Contents
Introduction
The first version of Photoshop
How Photoshop became an industry standard
New features and versions of Photoshop over the years
Why does it seem everyone uses Photoshop?
Best features of Photoshop
The current state of Photoshop
Free alternatives to Photoshop
Conclusion: where Photoshop may go in the future

Adobe Photoshop is a program that changed how we edit photos and see the world. It has become one of the most widely used photo editing programs, with over 150 million users worldwide. The program was created in 1988 by Thomas and John Knoll, two brothers also studying at the University of Michigan.

The idea for Photoshop came about when John Knoll worked as an effects artist at Industrial Light and Magic. He saw the potential in using computers to manipulate images and showed his brother Thomas what he had been working on. Together, they developed a program allowing people to do just that.

Today, it is used by everyone from amateur photographers to professional graphic designers. Keep on reading to learn about Photoshop's humble beginnings to where they are now as the industry standard.

The first version of Photoshop

The first version of Photoshop was developed in 1988,  by Thomas and John Knoll. Originally intended as a tool for modifying images for use in movies, it soon became THE go to software for digital image editing. Today, Photoshop is used by professional photographers, graphic designers, and even amateur enthusiasts to edit photos and create stunning visual graphics.

How Photoshop became an industry standard

Photoshop is a program that was created in the late 1980s by Thomas and John Knoll. At that time, there just wasn't anything like it around. Even Microsoft Pain wasn't around until November of 1985 to give you an idea of how long ago it was. It is a raster graphics editor that can be used to create and edit images and has evolved into the swiss army knife of photo editing software for the internet.

In the early days, its only competition was from some expensive and primitive pixel-based paint programs. Since then, it has become a program that can be used for various tasks and many others. 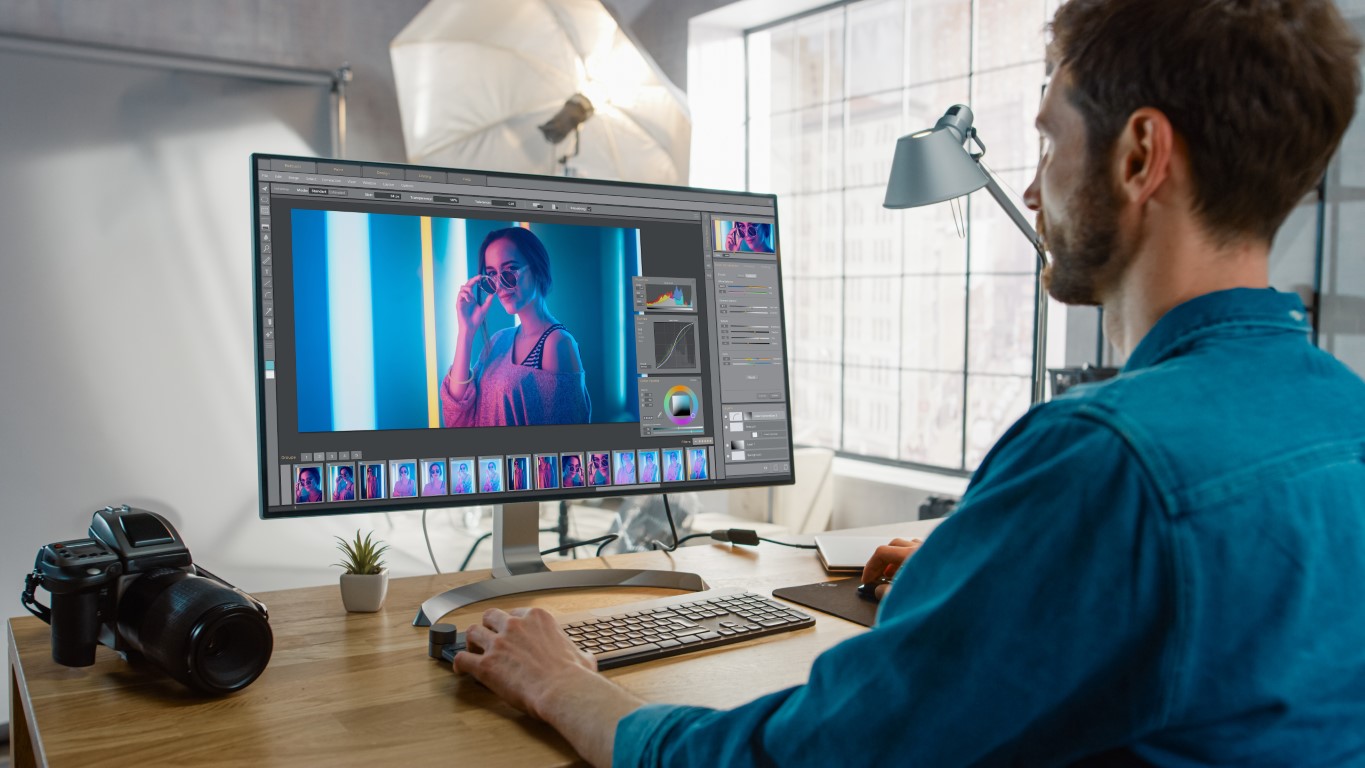 New features and versions of Photoshop over the years

Photoshop has been around for over three decades now, and in that time, it has undergone some profound changes. When it was first created it was a simple program used mainly by graphic designers. But as the years went by, new features and versions were released, making Photoshop more powerful and versatile. Today, Photoshop is used by a lot of different progressions; from  amateur photographers to Hollywood filmmakers.

While some of the newer versions of Photoshop may not be as ground-breaking as the original, they're still packed with new features and improvements that make them worth checking out.

Why does it seem everyone uses Photoshop?

Photoshop is one of the most popular photo editing programs available today. So what makes it so loved by its users? Photoshop is easy to use, has excellent tools, and produces high-quality results.

Whether a professional photographer or a casual user, Photoshop has the features you need to edit your photos. The software is constantly updated with new features and improvements, making it easier to use. Photoshop also offers an extensive selection of tutorials and online resources, so you can always find help if you need it.

With its wide range of features and ease of use, it's no wonder that everyone loves Photoshop!

Photoshop has been around for over three decades, and it has undergone a lot of changes. Today, it is a powerful tool used by almost everyone who does anything related to images online. However, there are still some areas where Photoshop could use some improvement.

One area where Photoshop could use some improvement is its user interface. The current interface can confuse new users, and even some experienced users find it hard to navigate. Adobe is constantly updating the interface, but some areas could still be improved.

Another area where Photoshop could use some improvements is its performance. Photoshop can sometimes be slow, especially when working with large files or using complex features. Adobe is constantly working on improving performance, but some areas still need attention.

There are free alternatives to Photoshop. GIMP is an open-source program with many of the same features as Photoshop. Gimp can be used for photo editing, web designing, and creating graphics but lacks a bit of Photoshop's polish.

Paint.NET is another free alternative to Photoshop, and it is simple to use and has a wide range of features. While the open source aspect allows everyone to add value to the project, there is something to be said by a project funded with Photoshop's licensing system.

Because Photoshop has income, it allows teams of product and project managers to shape where the program is going and add new features. They have developers who work nonstop on putting out the best product they can, so while it might cost money to use Photoshop, many people find it justifies the fee as Photoshop's tools are hard to find anywhere else. We have done a bunch of reviews on other photo and image editing software, so if you are looking for additional software titles to try out make sure you check that out.

Conclusion: where Photoshop may go in the future

In its three decades, Photoshop has become the program of choice for anyone wanting to manipulate or enhance digital images. While its once-revolutionary features have become commonplace in other programs, Photoshop continues to evolve, adding new features and capabilities with each release. So what's in store for the future of Photoshop?

While it's impossible to say exactly where Photoshop will go in the future, we can make some educated guesses based on the current state of the software. One likely direction is increased integration with other Adobe products, such as Lightroom and Illustrator. We may also see more AI-powered features that can automatically perform complex tasks, like selecting subjects for photo composites or generating realistic 3D models from 2D images.

How to tell if your computer has a virus?