Is VOIP a Secure Method of Communication Online?

VOIP (Voice Over Internet Protocol) is a very promising technology. More and more companies and individuals have decided to revolutionize their calling systems through VOIP. While it can significantly reduce costs and increase productivity, VOIP is not totally secure.

The sad truth is, any call you make, wired or not, can be heard by another party including governments and phone companies. A VOIP call is transmitted wirelessly through data packets, which are spread out through the internet in unsecured channels that can be hacked.

Assuming that your VOIP service provider does not encrypt calls, anyone who intercepts your data packets can listen to your calls as well.

How to secure your VoIP calls

But no need to worry. There are precautions you can take to make sure that no one else is listening to your VOIP calls.

One way to secure your VOIP calls is by installing an antivirus software and keeping it up to date. Purchasing a reliable software can protect your devices from harmful viruses and prevent hackers from listening to your VOIP calls.

Another way to be less worried about someone else listening to your VOIP calls is by using a messaging/calling app that readily encrypts your calls as they travel through the internet. While encryption helps your calls become more secure, it does not totally guarantee its security, as your calls can still be intercepted even if they are encrypted.

Installing an antivirus software and using an app that encrypts your VOIP calls are good but the best way to protect your VOIP calls from eavesdroppers or hackers is by having a VPN or a Virtual Private Network.

A VPN not only helps you browse more securely online, it also blocks harmful ads and links that could lead to your computer being infected by malware. In addition, a VPN adds an extra layer of protection to VOIP calls by creating a secure tunnel through which your VOIP traffic will go.

As a bonus, you can avail VOIP services for a lower rate with a VPN. Since you are not geographically limited with a VPN on hand, you can compare prices of VOIP services in different countries and subscribe to the most affordable service plan.

VOIP calls are relatively cheaper and more efficient so stopping yourself from using it altogether for the sake of safety is impractical. So, it is better for you to consider getting a VPN to secure your data and make calls safely. By taking effective precautions, your personal conversations would not become public ones. The best time to start protecting your data is now. 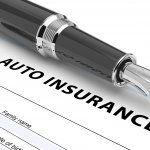 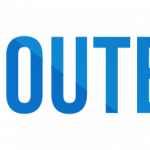