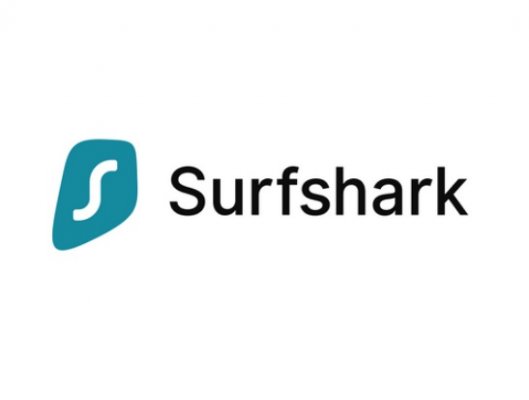 Our online security is the most important aspect we have to consider whenever we connect to the internet. Which is pretty much all the time. There are a lot of dangers lurking on the ‘www’ and without protection, we risk having a lot of important data stolen, from our contact info to our financial data and so on.

The risk of being hacked exists all the time, even when we surf the internet on our personal devices, in the privacy of our home. But the risk is even higher when we are using public networks such as those in malls, restaurants, airports and so on. That is why it is of paramount importance to use security tools to protect our online data.

The benefits of using a VPN

One of the greatest security tools you can use nowadays are VPNs, short from virtual private networks. And the best part about VPNs is that they offer so much more than just top-notch security.

A VPN uses protocols to encrypt our data and first connects us through one of its servers before letting us access the pages we want. The military-grade encryption (256-bit AES) used by all reputable VPN providers ensures us that our data remains cyphered even in case of a data breach. Hackers won’t be able to read it, because they don’t possess the encryption key.

In addition to securing our connection, VPNs can do so much more for us. Here are some of the benefits of using a virtual private network:

Read more about the advantages of using a VPN.

We are not going to insist too much on this topic, as people have different needs and expectations from a VPN. Some use it primarily for protection, others just for P2P sharing, others for Netflix and so on. Regardless of your reasons though, there are some general guidelines you should follow when choosing a VPN. Here are the most important factors to have in mind:

A no-logging policy. Along with security, privacy is our most important concern. Stay away from providers that don’t clearly specify they have a no-logging (or a zero-logs) policy. Some VPN providers (usually those that offer free VPN services) will store data on their users, related to their connection time, address, online activity and so on, and may sell it to third-parties.

What protocols and security features are available. The more supported protocols, the better. As for security tools, it is important to have 256-bit encryption, a kill-switch feature and other such protection measures.

Can the VPN unlock Netflix? For some users, this is the main reason to use a VPN, so make sure your VPN provider can help you unlock Netflix.

SurfShark – Is it a good VPN to consider?

SurfShark is a relatively new name on the VPN market. It hasn’t managed to gain the reputation of the big players yet, such as NordVPN, ExpressVPN and so on, but it’s definitely heading in the right direction!

SurfShark is a VPN service developed by a company based in Tortola, British Virgin Islands and it has already managed to get a lot of attention. It is secure, really fast, it can unlock Netflix and has servers in more than 50 countries worldwide.

Aside from these attractive prices, SurfShark also offers a free trial for Android, iOS and Mac devices and a 30-day money back guarantee, in case you are not satisfied with the service.

SurfShark may be a newbie on the market, but it offers an attractive set of features, some of which are not even found on big competitors.

First of all, this VPN supports all the common devices, platforms and operating systems. It has apps for iOS, macOS, Android, Windows, Linux, Fire TV, Chrome, Firefox.

Another great feature is the fact that SurfShark accepts unlimited simultaneous connections on a single account. ExpressVPN only allows 3, NordVPN, 6 and CyberGhost, 7 devices.

When it comes to available servers, SurfShark has more than 800 servers in more than 50 countries worldwide. They cover all the major areas of the world, such as Europe, Americas, Australia, New Zealand, India, South Korea and more.

Privacy is really important for SurfShark. This VPN has a no-logging policy, a ‘hide your IP’ feature and a Camouflage Mode that can keep you private even from your Internet provider.

SurfShark is also impressive in terms of security. It uses 256-AES encryption, has private DNS and leak protection and a kill switch feature.

Another interesting feature is the MultiHop, which allows you to connect via multiple countries at the same time for an even higher ID protection.

Customer support is available on a 24/7 basis with SurfShark and you can contact their reps via live chat or email.

Whitelister is another note-worthy feature included with SurfShark. It lets you choose apps and websites that can bypass the VPN.

Torrent users can also benefit from SurfShark as the VPN allows P2P sharing.

In terms of speed, SurfShark is really impressive. So far, so good. You can get average speeds of even 50 Mbps on servers closer to you. We are not sure if SurfShark will remain this fast once its client base grows. After all, this is a new VPN and its servers may not be so crowded yet, but things can change. We can only hope for the best.

All in all, SurfShark is a great and promising VPN service and it proves to be really competitive. It has apps for all types of devices, it is impressively fast, secure, it allows unlimited simultaneous connections, it is torrenting-friendly and capable of unlocking restricted content. And on top of all that, it is really affordable, too.

Is RegClean Pro a good app to clean your registry?

What are the features of the Advanced System Repair Free version?