Nordvpn or CyberGhost , who wins in todays VPN battle? 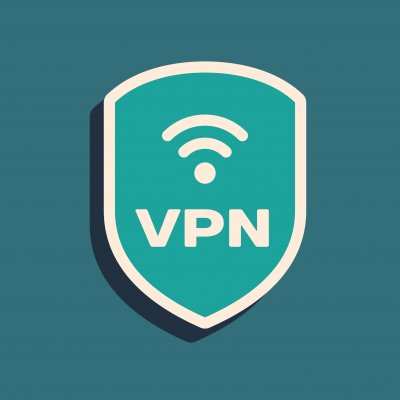 Table of Contents
Introduction
What is Nord VPN?
Which is better?
The Bottom Line

NordVPN and CyberGhost VPN are two top players in VPN industries with qualities that closely match. When VPN providers seem to have equal performance, it is always hard to select the best. However, paying attention to small details can make a difference.

For instance, no-log policies have been an exaggerated claim with some companies even confusing it with zero logs. In essence, some companies claim to have strictly no-log policies to mean they don't log traffic data. However, when you investigate keenly, you will realize that they actually store metadata logs in their servers.

To detect such minute differences, ignore company adverts and user reviews, download and install the providers one at a time, take advantage of their free trials and compare. That is what I did with these two top providers. I ran every test possible to see how well they performed and did the comparison. The observations are as discussed in this article.

What is Nord VPN?

NordVPN is a Panama based Virtual private network service provider that was founded in 2012 by Tefincom & Co S.A Company. The country has no mandatory data retention and doesn't take part in the Fourteen Eyes and Five Eyes alliance. This makes the company’s ‘strictly zero logs’ a true claim.

A lot can be said about the progress of the company since it was founded because it has been making headlines every year. In fact, NordVPN has always been leading in inventions as other providers copy. Even today, its apps are full of perks that its competitors haven't even thought of yet.

For data security, it offers some of the best features you may not find in any other provider. With superb encryption and security measures to its performance speed and ability to unblock a restricted service, NordVPN has all it takes to be the best.

Speed: NordVPN has over 5000 servers in more than 60 countries with some countries like the UK, Germany, Netherlands, USA, and Canada having more than 200 servers each. NordVPN servers are excellent and every US server connects fast with a lot of stability. More exciting is the quick connect feature that finds your location and connects you to the fastest available server. NordVPN delivers a fast connection both locally and long-distance.

CyberGhostVPN is not left being either; it has the best server location feature too.  This feature finds you and connects you with the fastest server available by just a click on the power button. With around 4000 servers in over 60 countries, expect a good speed. However, we observed that CyberGhostVPN doesn't deliver a fast connection in every location, more so those in the farthest countries from the US where I was during the test.

Streaming: NordVPN has a smart play feature specifically designed to overcome geoblock while keeping you safe at the same time. The feature really works well and the streaming stayed consistent in all the locations we tried. In fact, the quality of streaming was the same whether you connect to a server in further location or locally.

CyberGhost VPN is another good choice for Netflix streaming or TV. It has an optimized streaming service that makes almost as good as NordVPN in streaming. I tried to connect to different Netflix catalogs for streaming and in every region, nothing ruined my stream. I even tried other streaming services like Disney, BBC iPlayer, and Hulu but I didn't notice any speed loss while connecting to US servers.

NordVPN could be the best in streaming in most regions due to the number of servers that it has but CyberGhost VPN is also an excellent streaming provider. If streaming is your concern, then you can choose from either of these to providers.

Torrenting: NordVPN is always the best provider to use for torrenting. To begin with, it has over 5000 P2P optimized servers that are easily accessible from the sidebar. Besides, there is a server recommendation tool for quickly finding ideal servers. Each server guarantees unlimited data and bandwidth so that you can share as many files as you can without the worry of hitting a limit.

Nord VPN works with all the three popular torrent clients with a faster connection speed. The platforms include uTorrent, BitTorrent, and Uze. There is a strictly zero log-policy so whichever the platform you choose, none of your torrenting activities is retained.

CyberGhost VPN is also a strong choice for torrenting with specialized torrenting servers meant for P2P activity. This is in contrast to Nord with all the servers supporting P2P.  CyberGhost has 80 locations for P2P optimized servers and this increases the chances of you being located next to one. The best part, the provider has very useful information to help you connect to a server that gives you the best speed. For instance, you can see how far the server is from you, the number of users in each server, and their load percentage.

Gaming: when you need a provider for a high demanding activity like gaming, then you will have to stop relying on reviews and carries out your own tests. You should find out how well a provider holds up against your favorite game. Buffering and lagging are annoying and can make you lose the whole game.

If you want a buffer and lag-free game play, then it is always NordVPN. This provider can provide lightning speed and you can rely on it. On the other hand, CyberGhost VPN has its best coverage in the US and that is where it is quick enough to support gaming. But still, not as quick as NordVPN in both the US and other regions. So CyberGhost VPN is only good for gaming if you select a server close to you.

CyberGhost VPN and NordVPN are providers that are close to each other in performance, features, pricing, and support. However, the qualities that exist in both are not at the equal measure, and deciding as to which is the best during the test is hassle-free. Nord VPN is not only better than CyberGhost, but always at the top of all the providers in most of the comparisons.