How does Restoro fix my PC?

Restoro is a system optimizing software developed for Windows devices. Even though it has only been launched 2 years ago, the software has become really popular, thanks to its effectiveness and ease of use.

The way Restoro works is quite similar to Reimage, in fact, it uses Reimage patented technology. Reimage is another reputable utility software developed back in 2007.

Restoro has a very large online database of more than 25 million Microsoft files that are all up to date, authentic and pristine. These files are used by the software to replace all the infected, corrupted or missing files in your system.

Why should you use Restoro?

One of the best things about Restoro is that by using this app on a regular basis, you can say good bye forever to reinstalling Windows on your PC. More often than not, when a PC starts to malfunction, to slow down in performance, crash constantly and display errors, the most effective solution is to reinstall the operating system. While this solution may work, it can waste a lot of your time and requires a lot of work: you have to back up your data, reinstall certain programs, install drivers and so on. Not to mention the fact that you have to know a thing or two about Windows computers, to pull that off.

How can you fix your PC with Restoro?

The way that Restoro works in order to repair and optimize your PC is by following a few steps. First, it scans your computer for all the issues that have to do with stability, security and hardware. This way, it will get a clear picture of your device and its condition.

The app will run a full scan of your PC, which will take around 5 minutes to complete and then give you the results. For instance, hardware-wise, it might point out issues such as a low memory, low hard disk speed, CPU power and temperature issues and so on. While the program can’t fix hardware problems, it is still very useful to know what the problems are, to know how to address them properly.

Stability-wise, Restoro will identify the apps in your PC that crash the most and will let you know exactly how often they crash.

Restoro will also let you know whether there are any malware threats in your computer, such as viruses, root kits, worms, trojan horses, spyware and so on.

Once the issues are identified, Restoro will proceed in fixing the ones that it can. Here are some of the problems that can be fixed with this software:

How much does Restoro cost?

Restoro offers licenses that are available for 1 year. You can choose between a one-time repair license or a 1-year license for one or three PCs. 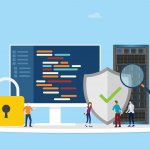 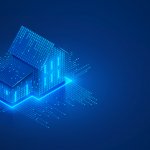 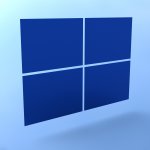