LifeLock vs Identity Guard: Which is the better identity security service? 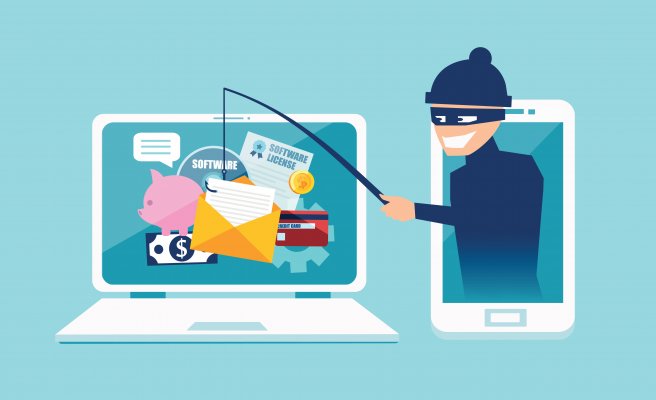 Identity protection is one of the most sought for services nowadays. Given that millions of users are finding themselves victims of credit fraud and identity theft, it is now a priority to subscribe to an identity security service. This ensures that people’s private information such as their name, credit and banking information, and other info will always be secure. Out of all the known providers, Identity Guard and Lifelock continue to be one two of the most popular choices because of their features, security offered, and pricing. So keep reading if you want to find out who wins the protection battle between Identity Guard VS. Lifelock.

LifeLock is an identity theft protection service found in 2005. At their most basic plan, the service gets its single-bureau credit report from Equifax. The company offers different plans that differ in terms of pricing and features offered. The application offers dark web monitoring which is helpful for ensuring that the user’s private information will not be used for illegal activities.

Their first plan is the LifeLock Standard which gives monitoring for important information such as the name and the Social Security number of the user, credit monitoring strictly for Equifax, and a total of $25,000 as reimbursement for social funds.

The main highlight for LifeLock is their integration of Symantec’s Norton 360 services which is gives good security for users for both their computer and their private information. It can add a password manager and even a VPN for up to 10 devices.

The Norton 360 integration is available for their Select, Advantage, and Ultimate Plus plans. These plans also come with credit card activity alerts and a reimbursement of up to $1 million.

Aside from this, LifeLock also allows users to add minor children to their plans. Users only need to add $5.99 for their plans.

Lifelock offers a 24-hour available customer support which is especially helpful in reporting emergency cases of identity theft in case the credit score of the user suddenly drops or in case their information is found in the dark web.

LifeLock’s main advantage is their integration with Norton 360 which gives adds a lot of features for additional security for users including virus protection, a VPN service, and a personal firewall. Their reimbursement is different for each plans, with $1 million only available for their highest-priced plans. Their 24-hour available emergency service is also very helpful for reporting.

Identity Guard is another identity theft protection service. The product was found in 1996 by Intersections Inc. The service is continuously developed to incorporate newer technologies for protecting their user’s private information. Like Lifelock, the service also offers constant monitoring for the user’s identity online, dark web monitoring, and instant notifications in case they find something suspicious related to the user’s account. They also offer a mobile application for both iOS and Android users for instant notifications.

One of their main advantages over other services is their integration with IBM Watson. This is an artificial intelligence that intelligently scans across the internet to see where the private information of the user is being used. It is smarter than traditional scanning technologies as it has a wide range of websites it can scan and only selects relevant information for the user to avoid giving irrelevant notifications. The technology can also scan through the dark web where most illegal activities related to identity theft is done.

Identity Guard offers pricing plans for both individuals and families. Included even its most affordable plan is the IBM Watson artificial intelligence, a $1 million insurance in case the user becomes a victim of identity theft that comes with a case manager, a risk management score that depends upon their security measures, a mobile application, and an online dashboard. This is quite generous for a security protection service given that it is the most affordable pricing plan.

Although both offers identity theft protection for its users, they differ in terms of some factors including the following.

Security Measures – LifeLock uses the Norton Security to ensure that users can have a holistic security service. This means that it does not only limit itself to scanning the internet for any websites that may be using the user’s info but also guards them against viruses and even allows them to browse the web anonymously using a VPN. On the other hand, Identity Guard uses the IBM Watson technology which is an intelligent AI which can immediately notify the user in case their information is seen in the dark web or is used without their consent.

If a user strictly only wants smart identity protection, Identity Guard is more preferred. Those who may want more security features, though, may prefer LifeLock.

Insurance Provided – In case the user becomes an actual victim of identity theft while subscribing to these services, they are entitled to a reimbursement and a case manager for them to recover financially. This is, however, still dependent on their unique cases and they may not automatically get the whole insurance money as it will still depend on the damages done to them. LifeLock only offers $25,000 for this, which rises up to $1 million for their most expensive plan.

On the other hand, Identity Guard gives all their users up to $1 million in terms of reimbursement in case they become a victim no matter their coverage. This is a big advantage compared to LifeLock as recovering from being a victim of an identity theft can be draining financially.

Features included – Aside from the mentioned insurance, the two services also have equal advantage in terms of additional features. For LifeLock, their 24/7 available customer service makes them a good option given that identity theft emergencies can happen at any time. Identity Guard, on the other hand, has a secure ID vault for your passwords where users can see their private information so that they can always login.

Which is the better identity theft protection service?

Given that both services excel in terms of security, they are both are recommendable for users. However, between the two, Identity Guard is our choice because of the greater amount of reimbursement money it offers even for its least expensive plan. Aside from this, the protection that their AI offers is unchallenged by other identity theft protection services.