Sometimes our pets need a little help with issues that are out of their control. Whether it is anxiety , stress related problems, or a bunch of different afflictions there are times when they just need a little bit of something to help them out. As pet owners know there are times where they will try anything just to give our furry family members the best lives that we can. This article will discuss what CBD is, as well as our favorite brand. This article is 100% based on experience , and is not intended to diagnose or treat any issues that you are having with your pets. If you have issues that you would like diagnosed we suggest taking your pet to your vet or a place where they can diagnose issues that you might be encountering.  So again, I am not a vet, I cannot suggest anything medically, and I cannot diagnose or treat issues. I am writing 100% based on my experiences and can only suggest a product that has helped me and my pet.

My story starts off with my little buddy, Gwibby, who is a purebred pug. As many people can probably attest, Pugs as a breed did not witn the genetic lottery when it comes to physical attributes. Their short, and sometimes almost having the appearance of having no nose, can really cause a lot of issues. My little one was having some pretty severe breathing issues so I elected to have surgery to try to alleviate these issues.  The surgery was a success but after she turned about 3 she started to have fits, and at first they were really short and barely ever happened. She would stare off into space, and not really respond or sometimes when she was laying around she would twitch for a second. As time went on , the frequency increased and so did the durations. It started to become a pattern that after every shower she would have what we found out to be seizures, that eventually started happening at random times. I went on a documenting spree to try to find out what was causing the seizures as there are a lot of different things that can trigger them.

Well, three months later and 2 full notebooks it was determined that the seizures were not really being triggered but appeared to just happen. I did what everybody does and looked online and as pretty much everyone can attest to, if you have a medical question do not go on Google as the large majority of searches lead to rabbit holes of not gread readings. We had spoken to our vet during this time and they agreed that the monitoring of her diet, environment, sleep patterns, activities, etc. did not really reveal any triggers. We had tried gradually changing her diet, trying brain healthy kibble etc but in the end we just found that it had no noticeable change. She was really not having a very fun time and was pretty down. Although the seizures are tramatic, she doesn't have any pain as she isn't conscious when they are happening, and when it is over she is a bit out of it so I just comfort her. Right before a seizure she sometimes gets a bit antsy, but not all the time so it is really hard to know if there is one coming or not. But as you can see here , she was not very happy: 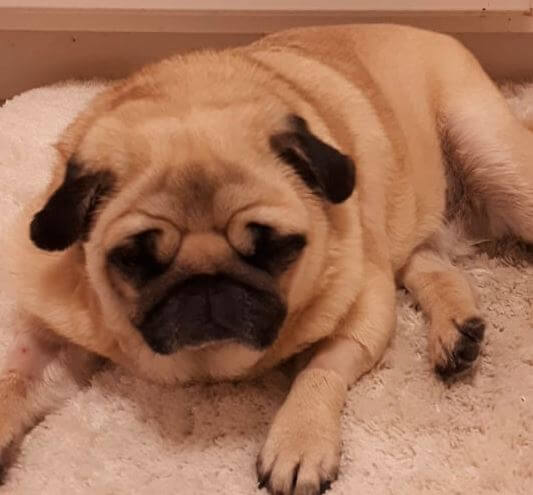 So we looked for alternatives, and the one thing that was coming up over and over was the wonder supplement of CBD. In the past couple years the North American world has really been taken over by different companies and that number just seems to keep increasing. It seems that everyday there is a new CBD company with some variation of Weed or Miracle Cure as its name. So onto the CBD train we went with the best hopes that we could find as we looked for the best CBD oil in Canada.

CBD oil is usually a concentrated CBD mix with a carrying oil. The carrying oils in pets usually have flavors that should help our furry little friends to take it easier. Now Gwibby, is a very picky little Pug ( which you wouldn’t be able to tell by her numerous little rolls) so first thing was finding the right oil. Generally the oils come in beakers that are between 25-50 ml and have droppers or some type of dosing tool. So I bought 3 different bottles from three different brands.

First steps - testing them out

CBD oil does seem to take a bit of time to accumulate in the system, so it isn’t as if day 1 you will see results. So to try to see which ones were better or worse we would try for a full 2 weeks and monitor the reactions to the oil. Unfortunately the first two did not work out very well and we saw minimal results. Well, onto the third bottle. This bottle was from a company that has since gone out of business, called a paw the cary, and it worked. We saw a decrease in seizures by the end of the first week, and it continued to decline to the point where it was happening maybe once a week. Well, everything was great, until that company just closed and we were left scouring the internet to find the last bottles that we could. Eventually there were just no more bottles to be had, so I was sitting on my stockpile of 15 bottles acquired from all the stores online I could find, so now what?

So as we were running down on options we started to look at alternate options again but we were again finding they just weren’t as effective as the ones that we had been using. Luckily we got in contact with the amazing people over at Fur Babies Co, and they were amazing to deal with. We discussed everything as far as what was happening, what we had tried, and I had a good feeling so we added them to the list of cbd oil to test. We weaned her off of the other oil that was working, and were truly amazed. She had the same number of seizures that we had seen with the previous oil from a paw the cary! Coupling this with the amazing customer service we knew that we had found a winner. We found that due to her tentative nature regarding food, as well as teeth that have been removed because... Pug dogs have very small jaws and in turn can have hard teeth to keep clean as she is a pug.. we have had to either put the oil in her food which she sometimes doesn't like. Or we just drop it onto freeze dried treats. She likes the treats as they get mushy and in turn are easy to eat and they taste good. 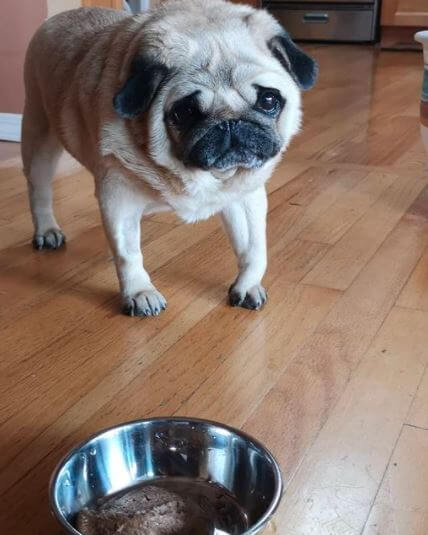 As time went on we have seen a little bit of an increase in the number of seizures that Gwibby has been having , so again we went back to our vet to discuss the options. There are medicinal options that are offered but after talking to another pug owner that chose to go this route we figured that the side effects just weren’t going to be good. Again, this is not what happens to everyone when they use medicine but the thought of her being more zoned out, more lethargic etc. just didn’t appeal to me. Pug dogs sometimes are not very active, so for her to be less active would basically be sleeping all day everyday. Again, I am not a doctor or vet, and whatever you choose is up to you but it is really worth talking to the vet about prescription options as well as other options. So here we are about two years after the first bit of seizures and we are still very happy with the CBD from fur babies co. We will continue down this path until the seizures start to impact her quality of life to a level that I wouldn’t want to have for myself. It is a very hard decision for any pet owner to know when enough is enough, and when your little buddy is in pain and has to go to that big dog park in the sky ( or whatever you believe in)

Final thoughts on CBD and pets

CBD oil has been sold as the miracle cure for everything in the world. It is pretty hard to nail down exactly which strain will work or if it is just outside of the realm of possibility of it working for you or your furry buddy. As I have found out, all oils are not created equally, nor are they coming from the same plant crops so if one doesn’t work for you there is a possibility that another one might work better for your buddy. As dogs don’t really have the ability, or at least I don’t think mine does, to understand that the treat I am giving her has CBD oil on it there shouldn’t be a placebo effect. And even if there is somehow, I would gladly pay the cost of CBD oil for her to have less seizures.  This is why I can suggest trying out Fur Babies Co. CBD oil, as I hope that it at least helps someone and their little loved one find some type of relief from whatever ails them. And again, I am not a vet nor am I trying to suggest any type of medical advice or treatment. This article was written 100% based on personal experience and without any compensation from any company at all. If you are in a situation where you think that CBD oil might be beneficial I suggest you speak with your vet and see if you can work it into a treatment plan to try to alleviate issues whatever they may be. But if anoyne is reading this and has questions or are wondering if they should try CBD oil for their pets just take a look at happy Gwibby 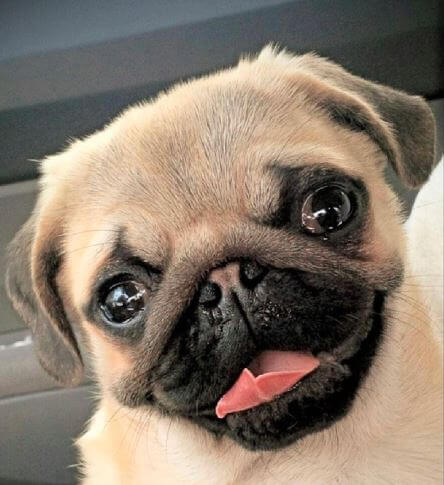 What are the top 3 CBD oils for dogs in Canada?

What happen to your pets when they ingest CBD vs THC

What are the benefits of using cbd oil for your pets